Play them at Slotzo

How Slot Games Have Evolved Over The Years 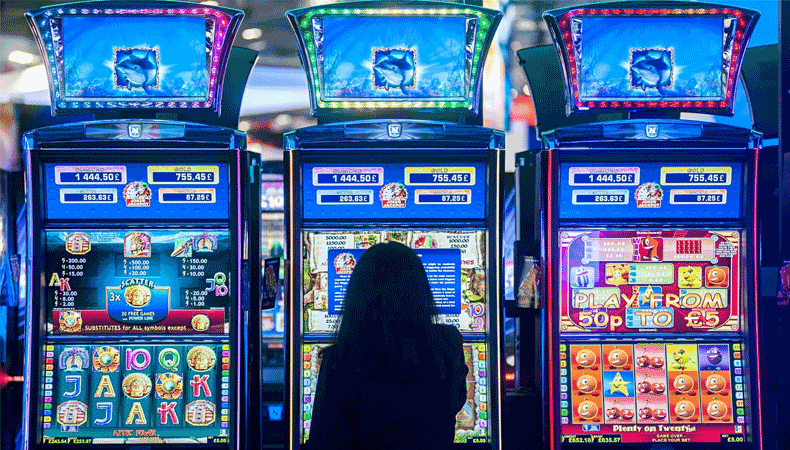 Slot games are hugely popular and it’s not hard to see why, you can play them at Slotzo. They’ve evolved over the years to become the bright, loud and enticing machines you’re familiar with today. As one of the most popular types of games in the world, you can find them anywhere. From pubs and casinos, to even online and on apps. They’ve evolved and they’re everywhere! Fondly called ‘pokies’ in Australia and ‘Fruities’ in the United Kingdom thanks to the popular symbols used; slot games have gone global. So how exactly have they evolved over the years to become the recognisable gaming favourite?

Back In The Day

Many people are surprised to find out that slot games trace back to the late 19th century. Although debated, the common consensus is that Sitmann and Pitt from Brooklyn New York created the first slot game in 1891. This machine was extremely different to the ones most people are familiar with today and actually revolved around poker. After inserting money inside, the player would pull a lever where the machine used 5 drums with 50 cards and let the player try to land a strong hand. If you managed to win a prize, it was not cash but instead something from the bar.

However it was Charles Fey who really revolutionised and inspired the evolution of slot games.  He created ‘the Liberty Bell that was much more basic in it’s design but cleverly allowed automatic monetary prizes. This was a game changer, and had the obvious appeal of being as much addictive as it was fun.

Current slot games have much more in common with this machine, which was known by players ‘ the one armed bandit’. The use of symbols lining up to match and form winning rows is similar to slot games that we know and love today.

The 20th century was full of technological advancement and the gaming industry wasn’t short of them either. In the 1970’s, a company called Fortune Coin created the world’s first video slot machine which used a 19 Inch Sony Trinitron TV to show the symbol moving. Unsurprisingly the combination of the classic slot format with the new bright display meant it didn’t take very long for the machine to take off and become a firm favourite. Not only had the slot game evolved but also became one of the most popular machines in Las Vegas and was often found in nearly every hotel and casino.

The biggest factor in how slot games have evolved over the years is undoubtedly the creation and metaphoric rise of the Internet. Computer programming has allowed slot games to evolve beyond the classic matching fruit to new aesthetics and graphics that push the boundaries of gaming. It’s exciting to think what’s next for slot games in the future when even now; anyone can play online without having to leave the comfort of their own home.